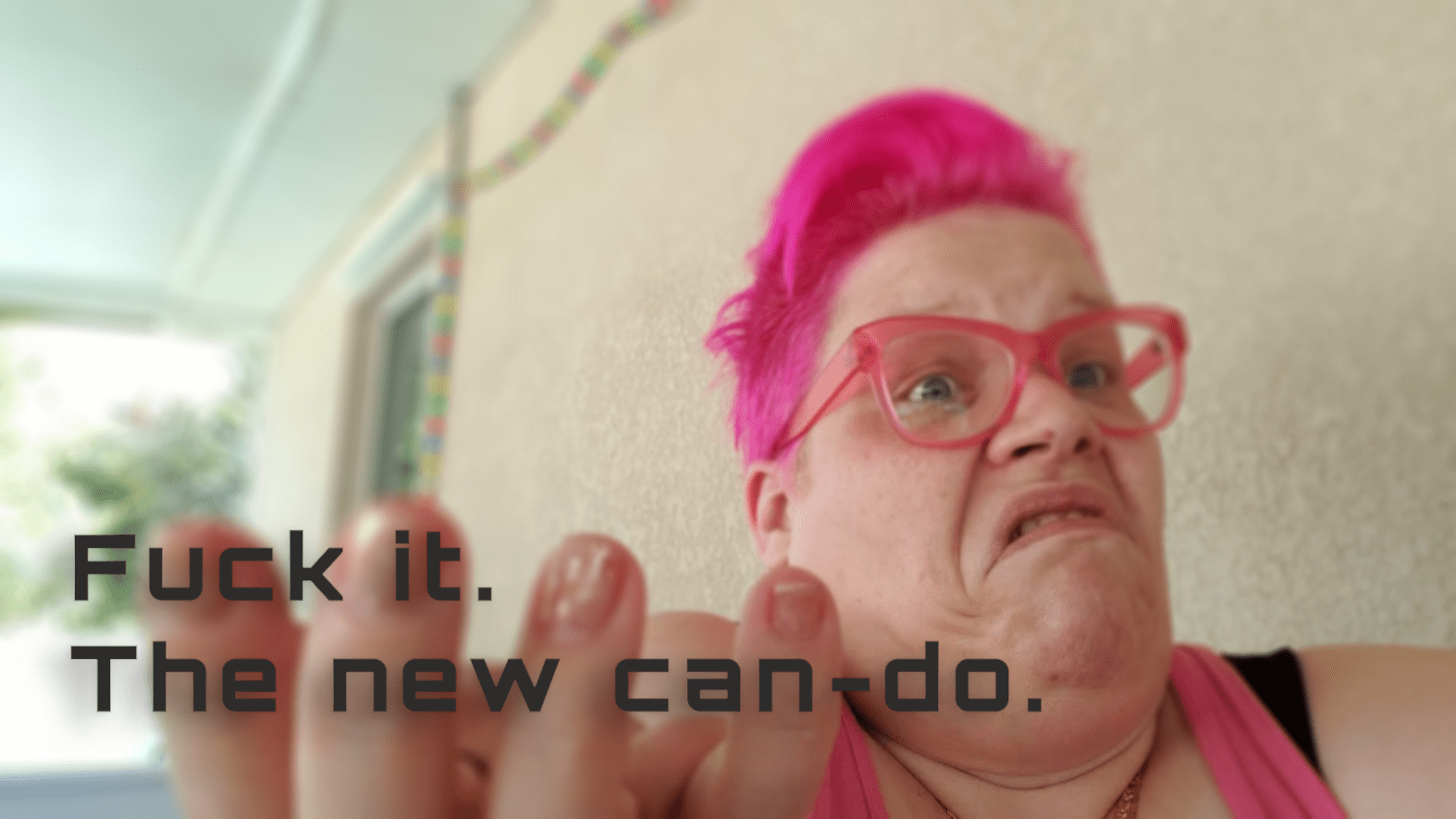 That bullshit about it never being too late to follow dreams? Yeah. It’s kinda true.

At age 30, Harrison Ford was a carpenter. At age 37, Ang Lee was a stay-at-home dad working odd jobs. Julia Child released her first book at age 49. Stan Lee didn’t release his first big comic book until he was 38. Alan Rickman gave up his graphic design career to pursue acting at age 42. Samuel L. Jackson didn’t get his first movie role until he was 41. Morgan Freeman landed his first MAJOR movie role at age 52.

Whatever your dream is, it is not too late to achieve it. You aren’t a failure because you haven’t found fame and fortune or a career by 21. Hell, it’s okay if you don’t even know what your dream is.

Right, so–some of you may not know this, but I began my illustrious career in the working field between 18-20 working such high profile jobs as: sandwich artist and Janitor as well as the super rewarding job of Hotel House Keeping.

And then I met the love of my life who happened to live in the United States of America which was not, in fact, Canada (hi Shawn) and of course I moved there to be with him. In the most abso-fucking-lutely clueless way possible–with just my Canadian I.D. and so on.

In retrospect that was, in fact, a fucking stupid idea. Not being with my nerd-lover, I mean not preparing in anyway, shape or form because shortly before this happened 9/11 happened and shit changed. A lot of shit. A lot of U.S. Immigration shit was totally done over for reasons. I didn’t take that into account and suddenly I was an immigrant in the U.S.A. with an out of date I.D. and no legal means to anything. No bank account. No insurance. No legal work. And the amount of rigmarole needed to start the process was insane. We had to hire an Immigration lawyer to help us, and one of the first things we were told to do was to send me back to Canada to get everything updated.

I won’t go into the boring, extremely tedious, nerve-wracking time we had with U.S. Immigration. If you’ve been there, you understand it. (Props to the U.S. for making it an anxiety ridden shit-show for everyone regardless of which country they come from.)

I had somehow gone from 24 to being a god damned 39 year old that hadn’t been able to work a single job since 24 because–well–legal reasons. I had gone through the process of green card to naturalization. Wooo, I could work!

…What….What does an almost 40 year old with work experience 15 years plus ago, do?

Start at the bottom, like everyone else. Filling out applications online was a fantastic labyrinth of fuckery, because jobs in the U.S. refuse to allow you to use addresses that aren’t from the U.S. So my job history was often a creative mess to inform potential bosses that Sorry, I come from a far away distant, snowy land. Please job? Give job. Like job!

Obviously I had offers flood in.
I lied there.
I got crickets.

Until I applied at a little store I like to call The Buck Stump (not its real name) as a retail cashier. That was back in July 2018, just at I turned 40.

I think we all know how fun and fulfilling retail jobs are. I do not miss it.

In July of this year (2019) I had a wild plan. What if I applied for at-home SEO Copywriter work? It was brilliant and had all the things I loved, such as:

That sounded like perfection for me. So I went there. I rallied my husband who helped me handle refreshing myself up on some SEO writing practices, nabbed the fake company 350 content product I was to write for and off I went.

I waited a while and honestly I thought I wasn’t going to get the job. Until one day, tired, exhausted, sweaty and thoroughly done with being yelled at like it was my fault our store was out of bleach–my husband told me as I deflated into the car after retail work:

I squealed for five minutes straight. There’s a video of it on my husband’s phone because a couple of friends who knew how much I was starting to loathe my job (not to mention the anxiety spikes) wanted to see my reaction.

This was the job I had dreamed of for years. Ever since I started on this little ol’ thing called the internet and writing so long ago on an ancient platform called Live Journal. I write. I get paid. Yes–I could probably try writing an actual book, and maybe some day I will. But the problem with writing novels, as any author just starting out will tell you after they set down their ramen noodles on their makeshift thrift store table in a near empty house is–it’s not stable. Unless you’re a New York Times Best Seller I suppose–your paychecks rely on people liking your work. And pitching it. Or self publishing like a boss.

I have no issue with authors. I have issue with being able to continue living in a house, eating food, and paying the ridiculous out of pocket money for the medicine that makes my body and my mind go worky-work. And being a full time author is hard, man, I dunno if I could make it. I’m squishy everywhere.

So what this long-winded airbag wanted to tell you and show you is that the bullshit is true. It really is never too late. I honestly, swear to Godzilla believed it was too late for me and I’d never get a computer/at home/writing gig that could help pay the bills and that I’d be stuck behind a register being screamed at while simultaneously handling sweaty boob money for the rest of my life.

All because I said, “Fuck it,” and went for it, even when my inner cave man was yelling negative things. And I got it.

So get it. Grab that Fuck it, what’s the worst that could happen impulse to apply to jobs you think you’d never get. Fuck-it your way down town to start a new life, fuck-it your way online to submit your resume and just try.

Trying 10% is always better than 0%. And you’re never too old for anything. I believe in you. Pull up your girded loins, grab a fuck-it and can-do that shit right in the face.