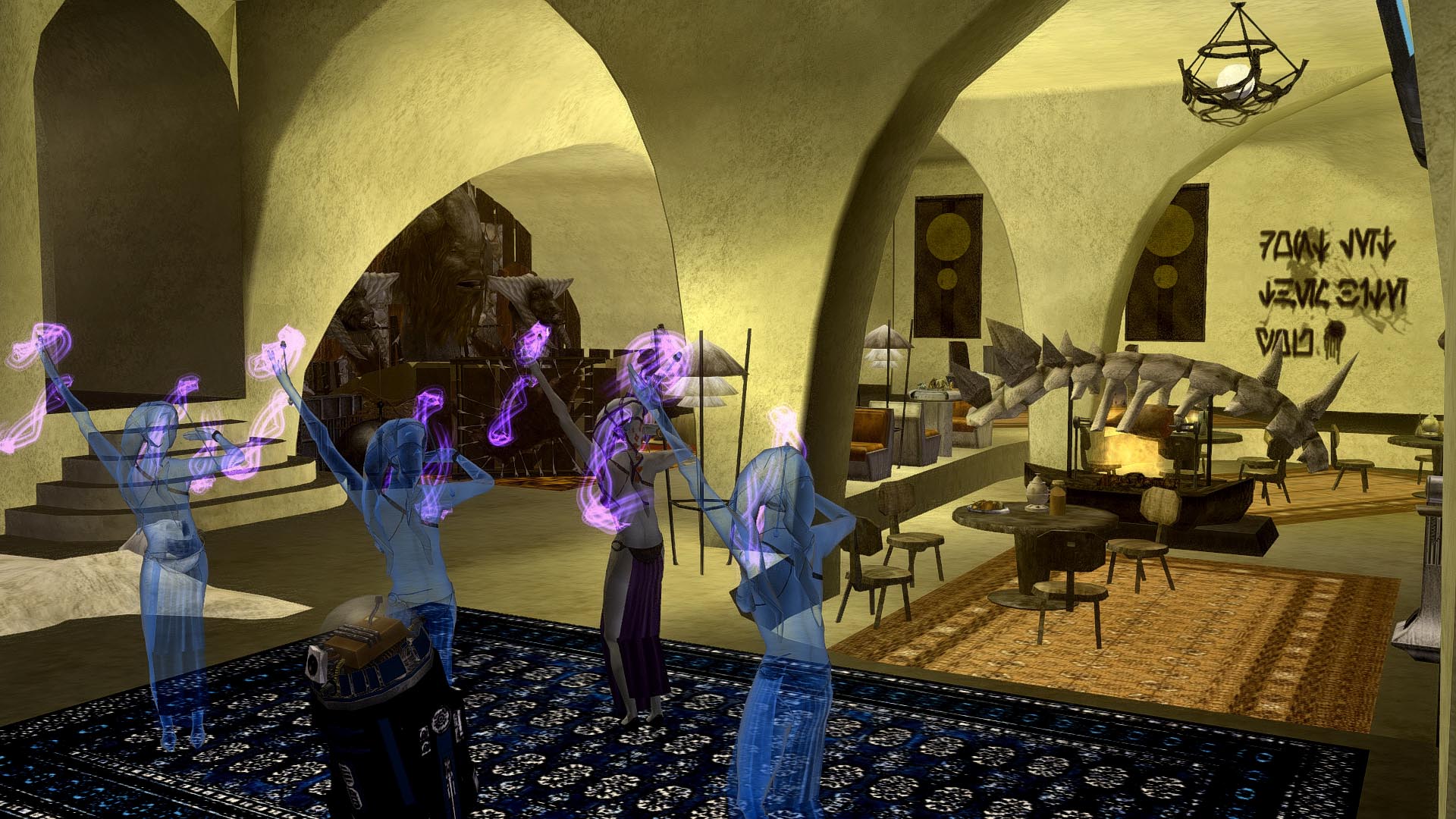 A Galaxy Not So Far Away, SWG: Legends.

A Galaxy in Mourning.

I don’t recall the exact year I began playing. It was before CU and well after NGE that I was still playing. I had started on Ahazi in live, tested out Kettemoor but ultimately landed the last few years of the live game on Starsider and stayed. And on that day in December 15th, 2011, an MMORPG that at that time–and in many ways still today— had more unique aspects and true sandbox experiences shut down. The galaxy many of us came to know and love was now truly, more than far, far away. It was gone.

Many were in mourning, and rightfully so. Eight years of stories, of friendships, relationships, player associations (guilds), cities that arose and died and arose again simply stopped existing. Many floated adrift, and eventually Emulator servers slowly began to make their appearance. Some hope remained.

While I found myself instantly drawn back to SWG on an emulator server, at least for a year or more. Something about the server was not the same to me. It was missing something I felt that was absolutely essential in what made Star Wars Galaxies an experience that MMORPG’s today never quite get right…They come close, mind you, but never fully.

Where The Magic Happens

And I found one.

It took a bit longer than expected, because at the time of joining this newfound server, back in The Year of Our Lord 2017 I was still dealing with them feels from the EMU server. I don’t remember making a character on Star Wars Galaxies: Legends, but I did. I named her Sadhbh, a name I am very fond of inspired by a retired chat-room RP character. Anyway, I don’t know what I was thinking. Sometime last year I found Legends again, decided I’d delete my old character and re-make her as a twi’lek. That’s when I found out that I had deleted my oldest character made in 2017 in 2020 and welp anyhoo–here I am. A year later. And I am playing SWG again on SWG: Legends.

The Old is The New is The Old Again

Oh yes, this community reminds me very much of the one on live. Shit-talking is still prevalent. PVPers go hard. Pilots talk about their ships, Beast Masters their animals, Combat toons discuss percentages and stats–all in a language that still seems a bit alien to me. And me? Well, I’m still that same-old social butterfly and care bear dancer that spends most of their time decorating and imagining settings or public RP spaces than actually playing. But one thing Legends has that no other server I’ve encountered yet had–and that is a community. There are niche communities within communities here, and large player associations, and RP cities, and places for hardcore PVErs or PVPers or filthy casuals like myself. And yes, I’ve tried a lot of servers over the years. Many of them unfortunately, so low-population that it was possible to play two weeks every night and not see a single soul. Not even in that wretched Hive of Scum and Villainy. (Which is always hoppin’ here, just like it was in live.)

It’s truly been something that has literally helped my shattered sanity this year. And the Devs are working on some heavy-duty amazing things, like bringing us Bespin.

For the longest time, I thought what made Star Wars Galaxies so special was officially dead. Turns out that SWG: Legends was my galaxy not so far, far away after all.

SWG: Legends will be celebrating 5 years soon. I can’t wait to celebrate the 6th, the 10th, and beyond.